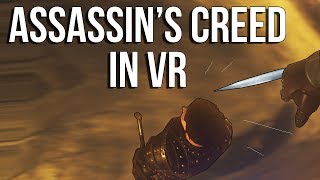 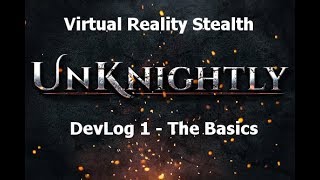 On to the next one –Be the catalyst of the end of knighthood: UnKnightly – Coming Soon

On to the next one –Be the catalyst of the end of knighthood: UnKnightly – Coming Soon

Today we have a tasty announcement for everybody as we are finally ready to reveal our project that we have been working on for the last few weeks UnKnightly for HTC Vive and Oculus Rift.

13th Century KINGDOM-NAME, you are not dead yet but things are not looking that bright for you on that department as you are holding your body with two hands on the tip of a huge castle. Behind that window there is a fuming argument between one respectful minister that lost his “pride and joy” award winning duck, a knight that is corrupted and is about to become the main authority at the Page academy, and a small cage with a roadkill duck inside that you placed there just moments ago. You want both of these guys out of the picture, no one knows your devious plans or that you even have the courage to have any. But, as the minister, as an act of emotional turbulence, pushes knight out of the window, another block in your grand plan is deemed successful.

So what is UnKnightly? It is the revenge story that no one is supposed to know ever happened but changed the world at the end of 13ths century’s KINGDOM-NAME. You are SIR-WHATS-HIS-NAME, a knight who got degraded from his knighthood status after he was framed doing SOMETHING-DISPICABLE. Now you can elegantly execute his revenge plan by using stealth to cause chaos and destruction throughout KINGDOM-NAME’s knighthood and high nobility ranks.

BE SIRWHATS-HIS-NAME. Get the upper hand on the mediaeval class system by using elegant stealth maneuvers, traps and your wit to be the one that makes people say “god works in mysterious ways”. No one way to do the mission, no certainty your plan will work.

So get your VR headset, whether it is an HTC Vive and Oculus Rift and FEEL THE PRESSURE of stealth as you are hopeless when detected, yet have the power to destroy lives if going unnoticed.

Why are we so lazy with the name and the story? Because YOU will get to decide what are those! Stay tuned for updates.

Email us at portalstudios@portalstudiosvr.com or comment everywhere for feedback and suggestions, we would love those.